Jeremy Bright is originally from the U.K., from Essex in fact and likes to point out from ‘real Essex, not London overspill – and proud of it’. Cortinas and fluffy dice aside he feels that being born and raised in this heartland gives him a certain edge to his character that people feel drawn to. In 2010 he formed Grabb–for image excellence, a commercial photographic company that produces stills and moving imagery specifically for businesses and corporates. He also continues to work as a freelance documentary photographer and is passionate in many personal projects that are at the heart of his creativity. In both endeavours his fascination is for storytelling–to discover the subtle nuances behind the person and subject – in other words what makes people tick. He loves the chance encounter, a passing conversation or an observed situation. He is now in his 29th year of being behind the camera. His journey continues . . . 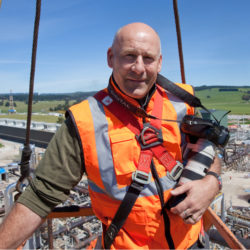